Seeds of Eternal Worth… 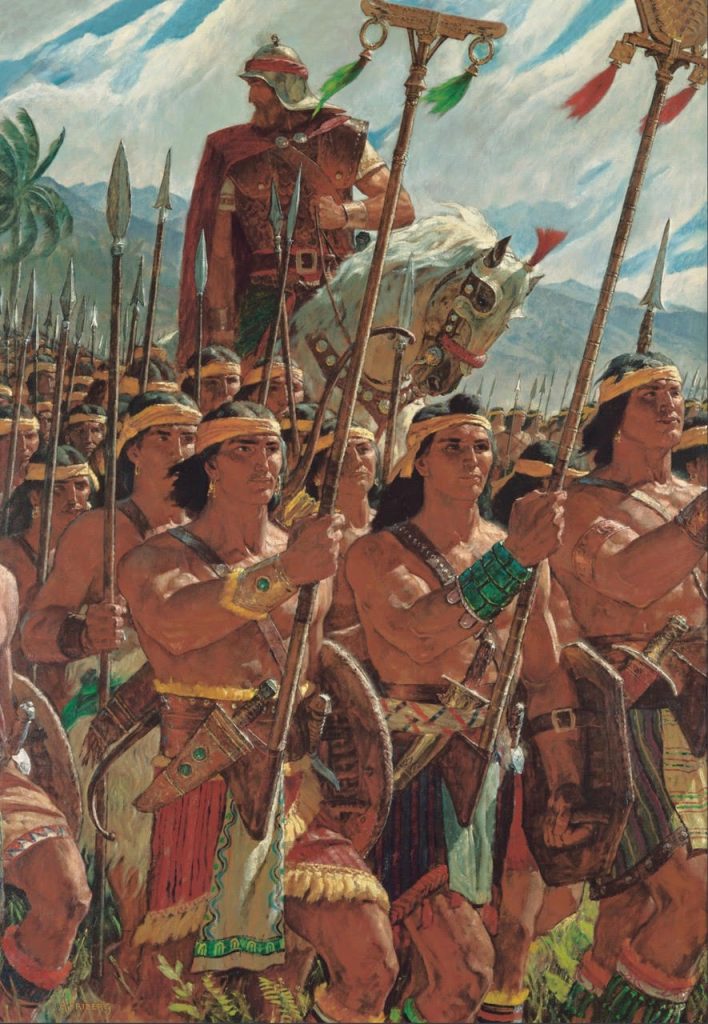 When I embarked on my mission and was receiving my initial training in the Missionary Training Center in Provo, Utah, I purchased a poster of the well known Arnold Friberg painting, “Two Thousand Young Warriors,“ depicting columns of mighty stripling Lamanites (People of Ammon) going off to battle with Helaman as their commanding officer riding horseback in their midst.  These young men were an inspiration to me.  They were the children of the Anti-Nephi-Lehies, who had made a covenant never to lift their swords, even in their own defense.  These youth had made no such covenant.  Because they loved their families, and the Nephites who had protected them for so many years, they made the determination to enter into their own righteous covenant, to risk their own lives to preserve their freedom and for the protection of those they loved.  I pinned up this poster of these admirable young men in my dorm room, and carried it with me, hanging it on the wall in area after area where I served in Paraguay.  It has been with me ever since, like guardian angels watching over me to this day.

The young men in that painting have a unique story of bravery, taught and guided by their mothers to be men of valor and faith.  It is written of them by the prophet Helaman, “they were all young men, and they were exceedingly valiant for courage, and also for strength and activity; but behold, this was not all—they were men who were true at all times in whatsoever thing they were entrusted.  Yea, they were men of truth and soberness, for they had been taught to keep the commandments of God and to walk uprightly before him” (Alma 53:20-21).  “Now they never had fought, yet they did not fear death; and they did think more upon the liberty of their fathers than they did upon their lives; yea, they had been taught by their mothers, that if they did not doubt, God would deliver them.  And they rehearsed unto me the words of their mothers, saying: ‘We do not doubt our mothers knew it’” (Alma 56:47-48).

There have always been brave young men and women, taught and guided by their mothers to be youth of valor and faith.   Certainly many of the members of the Nephite armies of that same day were like-unto the stripling warriors, courageous and taught by their mothers to have faith unto salvation.  They had mothers that planted seeds within them, seeds of faith to grow into mighty belief, knowledge and acts of righteousness.

I think of the Jay Ward painting, “Seed of Faith,” of a mother placing a seed in her son’s hand, and I think of my own mother, and the mother of my children, and the mothers of my grandchildren, as with the mothers of all the youth and children whom I have served these many years and so dearly love.  Yes, like these other youth, my mother placed the seeds of faith in my hands to plant in my heart.  She spent my childhood and youth nurturing over me and my siblings, and believing beyond reason that some how we would turnout in a world where wars and rumors of war raged, protests and crime plagued our streets, and temptations to live lives of depravity in the sexual revolution of the 1960s and 70s were rife.  It seemed hopeless, and it sounds a lot like today.  Nevertheless she did put those seeds in my hand, and I did plant them.  She sent my brothers and I on missions, and we all knelt together across the alter of the temple when I was yet a youth, even with my beloved father, who struggled so long with the word of wisdom and church activity.  My mother had faith to action, of which we are all beneficiaries, and she planted it in me, to my eternal gratitude and joy. 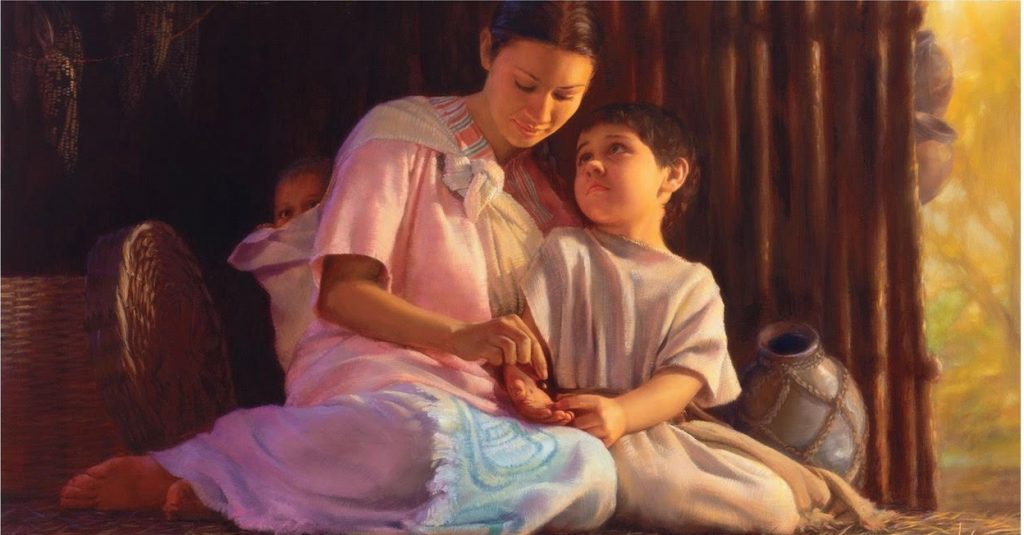 “Seed of Faith” by Jay Ward

Today, August 15, 2020, is the 75th anniversary of the end of World War II.  Of the 16 million Americans who served in World War II, more than 400,000 died during the war.  Between 21 and 25 million soldiers died world-wide, many of whom were not unlike those stripling warriors.  Many were taught by their mothers to have faith and to believe in something worth risking their lives for.

I have stood in reverence at the graves of unknown soldiers.  I have prayed about their sacrifice and about the mothers of so many that instilled faith in those that risked their lives, some even to the full measure, and I am grateful that God gave us mothers of youth of courage, of valor, and of faith, to watch over and protect us in our need, and to inspire us always.  May we continue to plant seeds, believe, live and sacrifice for those we love and those of coming days.  While they may never understand the full breadth of what is given, the gift is nevertheless well worth giving, of eternal worth indeed.  In the name of Jesus Christ, amen.