Let Us Lift Our Voices to God and Man… 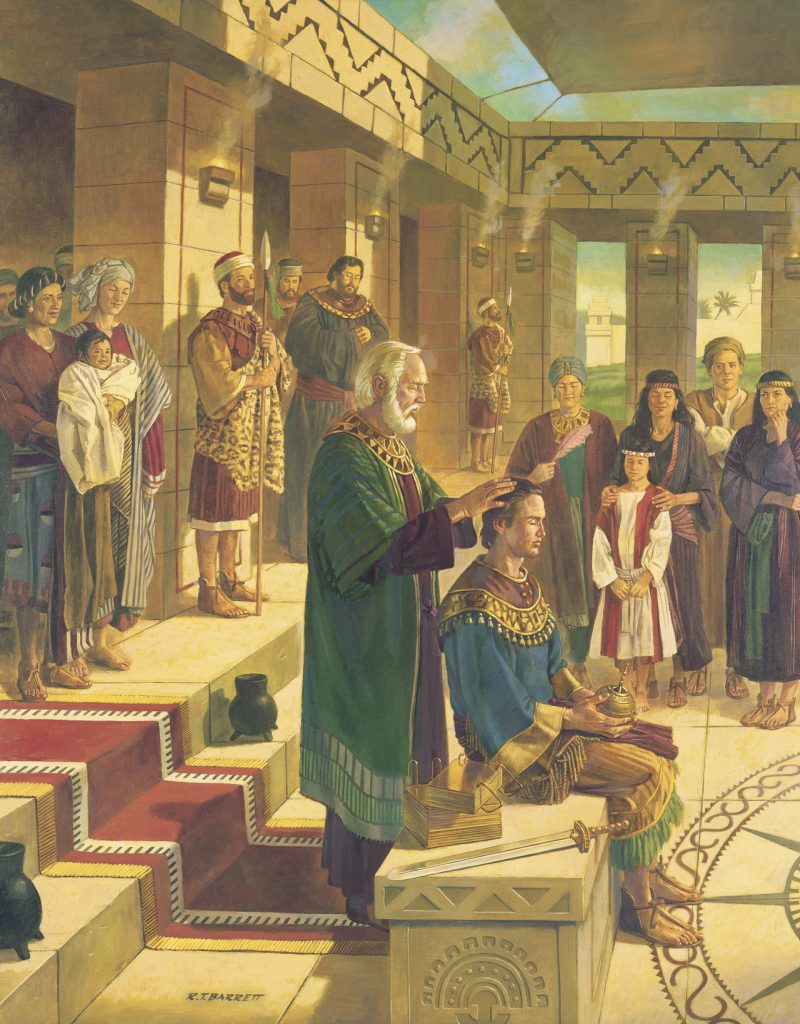 I have always appreciated the courage, wisdom and inspiration of King Mosiah’s decision to propose a change from a monarchical form of government to a republic where people would have the right to vote for representation and grow through their own agency.  To us, those living under the divinely inspired Constitution of the United States, this seems like a no-brainer, but both in the day of King Mosiah, and in the time of our founders, this was unheard of.  To cede power to the governed, from whence power and authority is truly derived, was a great experiment, and really the only course to allow people to fully embrace their agency and become responsible for the things that they choose.

There were great risks involved here.  While it is illogical that people would ever want to choose something that would be harmful to themselves or future generations, there was always that eventuality.  King Mosiah predicted that day and the outcome.

This is why it is so important that we participate in our community and in the workings of the governance of our people through our voice and our vote.  I heard it once said by a good woman I knew, that “good people ought to have more children.”  I would say also that good people ought to raise their voices and make sure that they always vote and participate in their communities.

When faced with a fellow church leader who wanted to withdraw from the public square in the face of discouragement for the lack of progress, President George Albert Smith once expressed, “Do you always think in terms of what you get? Don’t you think it is well at times to think in terms of what you have to give? I believe that [members of the Church] have something to give to the [people] of the world, and that they may also learn from them…. Make your influence felt.”

In 1867 John Stuart Mill, A British philosopher, declared, “Let not any one pacify his conscience by the delusion that he can do no harm if he takes no part, and forms no opinion. Bad men need nothing more to compass their ends, than that good men should look on and do nothing.”

Irish Philosopher Edmund Burke is quoted as saying something of the same sort.  “The only thing necessary for the triumph of evil is for good men to do nothing.”  He went on to say, “When bad men combine, good men must organize.”

We live in a time that the voices of evil are overwhelming in the public square.  It sometimes seems as if our vote often does not matter.  Ugliness overwhelms things of beauty in our daily news and in our places of discourse, whether they be on our streets or in the social realms that have come with technological development.  It seems as hopeless to believe that things can improve, but we can lift our voices of reason and lift our voices to heaven that they may be heard of God and man, and truly contribute to a positive public discourse.

Coming out of the Constitutional Convention in 1787 a bystander asked Benjamin Franklin, “Well, Doctor, what have we got — a republic or a monarchy?”  Franklin’s response was short, but telling, “A republic, if you can keep it.”  It is upon us to determine if the great experiment proposed by King Mosiah, or our founding fathers, will succeed.  Without our voices, without our input, without our loyalty and energy, it will fail, but if our courage fails not, then it will not, and agency will prevail, as God authored it to do.

President Ronald Reagan once said, “Evil is powerless if the good are without fear.”  Let us be without fear.  Let us not get riled up in our feelings to the point that we become the shouters, but to be reasonable and share with love those things that we have been inspired to say.  Remember, if they come from God then they are just and good.  Let us not be cynical, but let us recognize those gifts of the Spirit that guide us to knowing truth, and “lean not unto [our] own understandings,” but unto the inspiration of a loving Heavenly Father.  Let us be, “steadfast and immovable” in this thing.  Let us appeal to Heaven in all things, and then let us kindly spread the word.  In the name of Jesus Christ, amen.