Even as Captain Moroni…

Come Follow Me, Faith, Obedience, The Book of Mormon 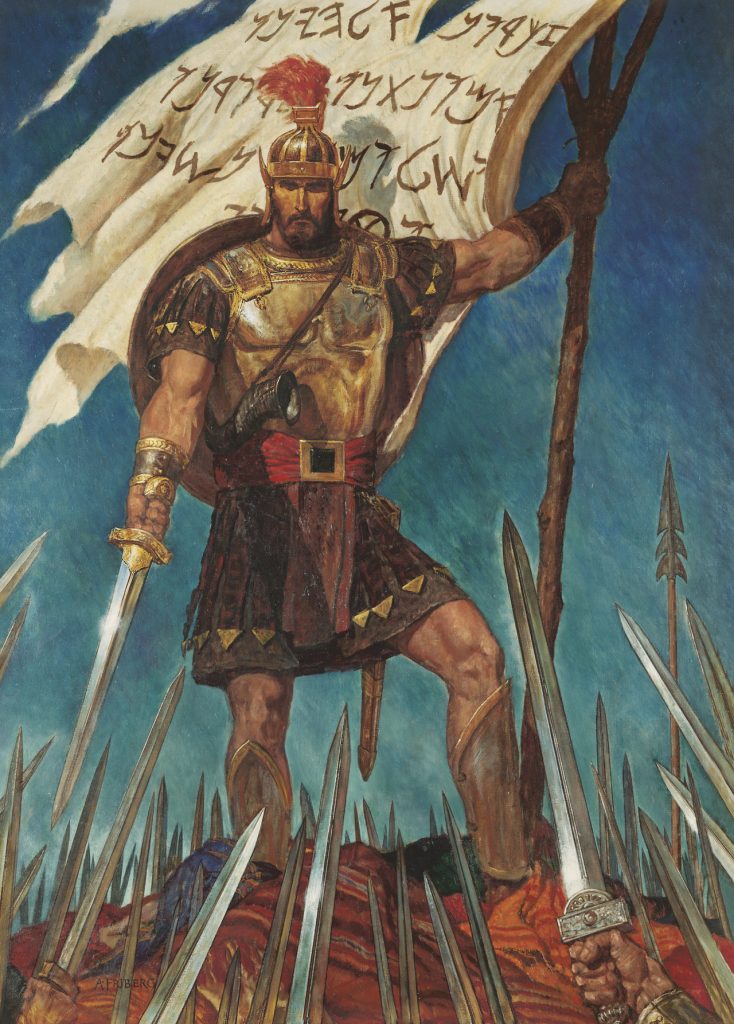 As a freshman seminary student, a young boy in my fifteenth year, I admired Captain Moroni.  What was there not to be admired about Captain Moroni, especially for a young boy aspiring to manhood, who had at times fallen prey in younger years to malignant attacks from enemies who should have been trusted friends or mentors?  I had known what it was like to be abandoned without protection of man nor walls of security, vulnerable to whatever evil course upon which an enemy would beset me, my only comfort being that of God’s Spirit.  I of course would look to Captain Moroni as an example of the kind of man I would want to be, a protector of those in need, those needing of protection most.

The description of Captain Moroni in scripture said it all.  “And Moroni was a strong and a mighty man; he was a man of a perfect understanding; yea, a man that did not delight in bloodshed; a man whose soul did joy in the liberty and the freedom of his country, and his brethren from bondage and slavery;  Yea, a man whose heart did swell with thanksgiving to his God, for the many privileges and blessings which he bestowed upon his people; a man who did labor exceedingly for the welfare and safety of his people.  Yea, and he was a man who was firm in the faith of Christ, and he had sworn with an oath to defend his people, his rights, and his country, and his religion, even to the loss of his blood” (Alma 48:11-13).  Yes, Moroni was the kind of man that I aspired to become, a believer firm in the faith and protector of all those in need of protection, with compassion for the weakest, for my heart swelled, and does so still, with thanksgiving to God and a desire to preserve liberty, peace and love for my people, for God’s children.

Captain Moroni’s people were beloved of him, and they were like unto him, as if to be his own family.  This people, who he would live, or die for, if necessary, fought only “to support their lands, and their houses, and their wives, and their children, that they might preserve them from the hands of their enemies; and also that they might preserve their rights and their privileges, yea, and also their liberty, that they might worship God according to their desires” (Alma 43:9).   Moroni’s people were indeed beloved of him, and as he perceived them, worthy of all of his labors and protection.

In Alma 46, 48 and 50 we read that Moroni spent his days “preparing the minds of [his] people to be faithful unto the Lord their God….  strengthening the armies of the Nephites, and erecting small forts, or places of resort; throwing up banks of earth round about to enclose his armies, and also building walls of stone to encircle them about, round about their cities and the borders of their lands; yea, all round about the land.  And in their weakest fortifications he did place the greater number of men; and thus he did fortify and strengthen the land which was possessed by the Nephites. …digging up heaps of earth round about all the cities, throughout all the land which was possessed by the Nephites.  And upon the top of these ridges of earth he caused that there should be timbers, yea, works of timbers built up to the height of a man, round about the cities.  And he caused that upon those works of timbers there should be a frame of pickets built upon the timbers round about; and they were strong and high.  And he caused towers to be erected that overlooked those works of pickets, and he caused places of security to be built upon those towers, that the stones and the arrows of the Lamanites could not hurt them.  …he caused the title of liberty to be hoisted upon every tower which was in all the land, which was possessed by the Nephites; and thus Moroni planted the standard of liberty among the Nephites.”

Moroni did spend his days preparing the hearts and the minds of his people, preserving  their liberty, and carefully securing for them places of safety and peace where they might worship and raise their families in the shelter of God’s word and in the shade of the title of liberty.

Recently Elder Gary E. Stevenson, with wife Lesa at his side, compared the creation of secure-places built for the Nephites to the safe-places we need to build for our families.  Elder Stevenson taught, “As the Nephite cities of old we can fortify our homes and establish them to be a defense and a refuge, and we can be prepared.   Of course there are many foundational things that we can do to make our homes a refuge, including daily prayer, scripture study and gospel learning, Come Follow Me, [and Family] Home Evening.  The Spirit will help you know all things that ye should do.  What our children learn at home will become a protection for them when they leave home and go out into the world each day.”  Sister Lesa Stevenson continued, “As they step into the world they can be both on the defense and the offense, armed with the whole armor of God.  A fortified home can be an extension of the House of the Lord” (Rootstech 2020).

In watching over and protecting our families we must always be aware of the antithesis of a good man like Captain Moroni, that anti-Moroni being Amalickiah.  Quite the opposite of Captain Moroni, “we see that Amalickiah, because he was a man of cunning device and a man of many flattering words, that he led away the hearts of many people to do wickedly” (Alma 46:10).  For that matter, he became quite expert in the deceiving of innocents, and those not so innocent, to prevail against them and lead away thousands upon thousands to destruction.  One such incident occurred when Amalickiah deceived Lehonti out of his safe-place.

After causing some level of destruction among the Nephites leading away many, and eventually having to flee out of the land for his own preservation, Amalickiah went to the land of the Lamanites, stirring them up in their hatred for the Nephites, and persuading their king to send his army against them.  It seemed that the foil to their plan was that a great number of Lamanites had fought unsuccessful battles against Captain Moroni and the Nephites, and wanted no part in fighting them again.  So it was that this great number, refusing to follow the king’s edict into war, followed instead a man named Lehonti to a high mount, a place of security called Antipus, where they could not be pressed into battle.

Amalickiah volunteered and accepted a commission to lead the king’s remaining armies to go to Antipus and force them into submission.  Nevertheless that was not Amalickiah’s plan at all, for he had a more devious scheme to wrest the power and the kingdom from the king’s grasp and he set it into motion with evil expertise.

When Amalickiah came with his armies to the valley at the foot of the mount where Lehonti and his people stood the high ground of security, Amalickiah sent a secret envoy to Lehonti beckoning for him to come down to the foot of the mountain and meet.  Lehonti was safe at the top of the mountain and had no reason to risk his security, neither the security of his people, by coming down, so he did not.  A second and third request was sent and he would not.  Lehonti had no cause to come down.  He was was safe, as were his people, but Amalickiah was cunning, and Lehonti flawed in his wisdom.

We read, “And it came to pass that when Amalickiah found that he could not get Lehonti to come down off from the mount, he went up into the mount, nearly to Lehonti’s camp; and he sent again the fourth time his message unto Lehonti, desiring that he would come down, and that he would bring his guards with him” (Alma 47:12).

Ultimately, Lehonti gave up his security, gave into an offer that fueled his own vanity, delivering himself and his people into the hands of his enemy, Amalickiah, and lost his life, as did the king of the Lamanites lose his life, and his people became both the purveyors and the victims of bloodshed and countless loss of life.

All of this occurred because Lehonti came out of his place of security, out of his safe-place, and fell victim.  It would not have mattered if he would have built grand and secure walls, or towers to watch over the security of his people, once he gave into his own vanity he became the sad victim of a terrible tragedy, as did tens of thousands with him.

Amalickiah was a man filled with guile whose name will always convey a sick and dark feeling, while Captain Moroni, a man with no guile at all, is remembered as a godly man, for he followed the wisdom and council of God in his deeds.  It will ring true for all time of this good man, “Yea, verily, verily I say unto you, if all men had been, and were, and ever would be, like unto Moroni, behold, the very powers of hell would have been shaken forever; yea, the devil would never have power over the hearts of the children of men” (Alma 48:17).

To this day I long and strive to be like unto Captain Moroni, to create and maintain safe-places for my people, for God’s people, for I love you and desire for your peace and safety.  May we all be like unto Moroni in how we care for people and treasure the gospel of Jesus Christ and our liberty to practice it.  May we create places of spiritual refuge, carry them with us always, even when we are outside of our homes, unable to gather, and away from those we love.  May we have the wisdom never to give into pleasing persuasion or give way to our own vanity.  May it be said of us as it was of Helaman and his brethren that we have been “no less serviceable unto the people than was Moroni” (Alma 48:19).  In the name of Jesus Christ, amen. 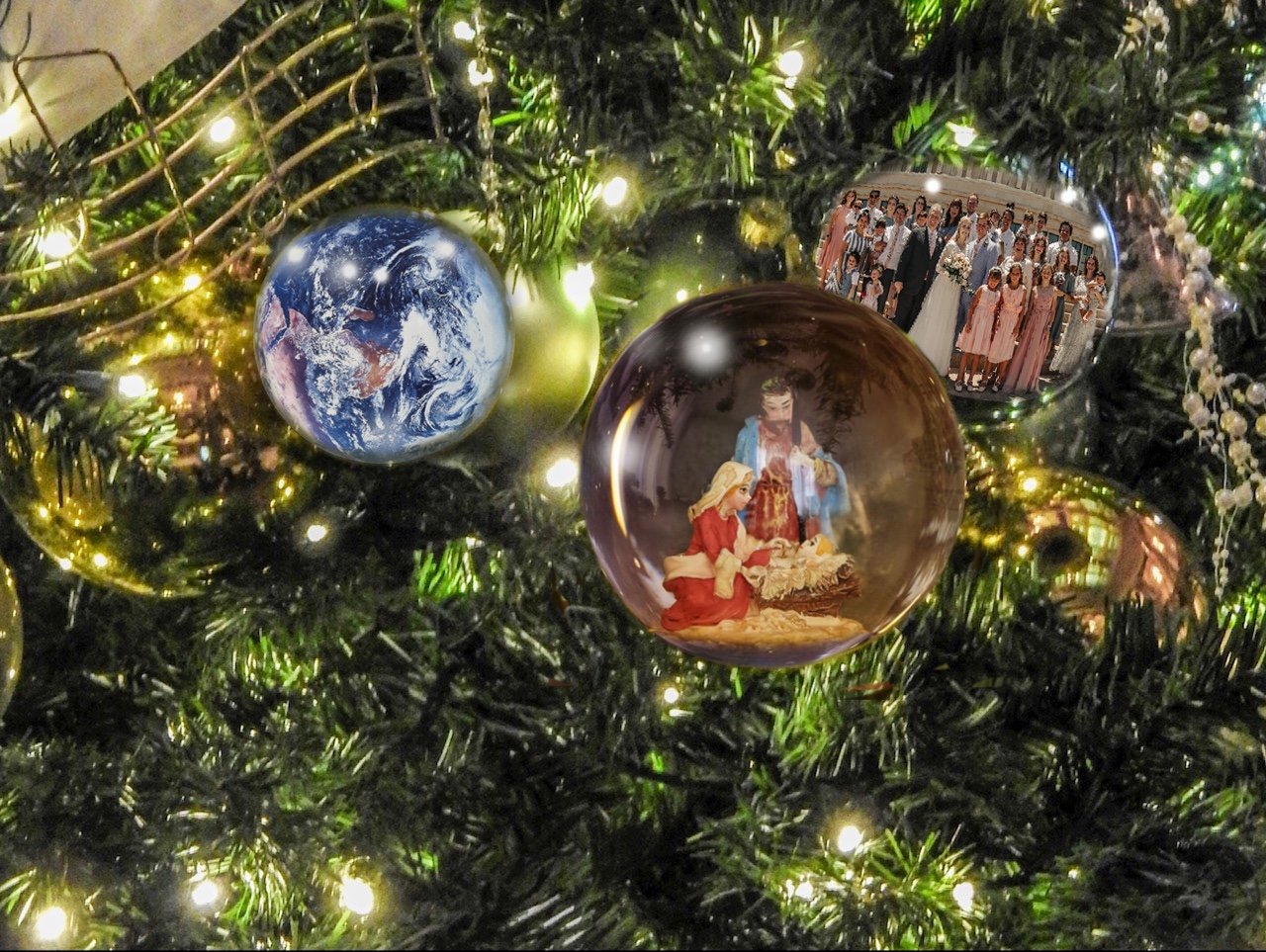